One gets the full benefits of Durga Saptashati by chanting the Siddha Kunjika Stotram.

It is said that Lord Shiva told Maa Parvati about this Stotram. This Stotram is used for awakening the Navarna Mantra. The Navarna mantra is one of the most sacred vedic mantra that gives the person the qualities of Dharma, Moksha, and almost every peace that the person is looking for in his life.

Siddha means “the perfect one” and Kunjika means “something that is hidden and overgrown inside” therefore it is known as the song of perfection. This means that the name itself symbolizes perfection and the one who chants the Kunjika Stotram finds his path to getting perfection and unlocks his true potential in his life. By chanting the Kunjika Stotram, one’s hidden potential is no longer hidden as it now moves to the growth phase.

According to the ancient Vedic story, this Kunjika Stotram came into existence when Lord Shiva was talking to Goddess Parvati.

“O Parvati, this is a very secret prayer and it should be kept a secret”

By reading the Siddha Kunjika Stotram, one gets the benefits of reading chandi, it is so secretive that even the devas don’t know about it.

This prayer is the reason for awakening and keep it protected and secret from those who are not devotees.

Those who do not read the Durga Saptashati without reciting the Siddha Kunjika Stotram will not reach the forest of perfection.

Therefore, what are the benefits of chanting the Siddha Kunjika Stotram?

This is a benefit that I myself have experienced. For people who have problems with wealth and money, especially for those who have the problem of wastage of money regularly, the expenditure of money on unnecessary things. they should definitely chant the Kunjika Stotram.

This opens new sources of wealth for the person. Whether the wealth is small or big, one will definitely start to see wealth coming into his/her life from various sources. Now it is upto you to move forward and grow the wealth and income through hard work and perseverance, but I can definitely say that wealth will come as I have experienced it myself. But I cannot say when it will come.

Who knows, one may be wanting just 10,000 Rupees and one may not get that amount but after a couple of years or so, one may be owning a business generating lakhs of Rupees. You never know what is going to happen therefore, I’d say don’t stop chanting and see the miracles happen to you in your life.

Protects you from enemies

For some people, and it is very natural, enemies can create traps, harm them, create minor problems that can really disturb the life of the person. Some can try to create minor nuisances and some enemies for no reason whatsoever can create unnecessary trouble in business, home, and family. If you are suffering from such problems, you should definitely chant the Siddha Kunjika Stotram.

If you chant the Siddha Kunjika Stotram during the night of Navratri and specifically ask for protection from enemies, one gets protected from enemies and they won’t be able to harm you at all. One can attain victory in court cases and ultimately, you will be well protected by an aura that no negative energy can enter.

For some of us, we are fortunate to have the blessings of a particular Kul Devi who protects our family and blesses us with wealth and happiness. However, sometimes, due to some reason, Kul Devi and our ancestors may not be happy with us. Maybe, due to some past karma or some disturbances.

This can cause problems in marriage, family, business, children, education, and in so many areas of our life. That’s why we do pujas for Pitra Dosh and Kul Devi. By Chanting the Siddha Kunjika Stotram regularly, one can peace down the effects of Pitra Dosh and bring peace and happiness to the family. At the same time, one must also do the puja for Pitra Dosh.

Grahan Dosh happens when bad planets like Rahu and Ketu gets in conjunction with Sun or Moon. This can cause severe problems in the life of the person affecting him mentally and spiritually. If the planet Sun is not strong, then the Grahan Dosh can really cause huge problems to a point where the person becomes lost in his life.

The reason being the planet Moon is affected by planet Rahu and Ketu. Moon represents our Mind and if our mind gets affected by Rahu or Ketu, it leads to unnecessary confusion, negative thoughts and ultimately, the person will not be able to do his best in his life.

If the Grahan Dosh happens with the planet Sun getting combined with Rahu or Ketu, the person’s will power gets affected. He looses his confidence for no reason if though he may be actually very confident.

In order, remove the bad effects of Grahan Dosh, one should chant the Siddha Kunjika Stotram. The Siddha Kunjika Stotram can protect the person from all the problems caused by these planets. The prayer calms down the malefic effects of Rahu and Ketu and makes the person’s mind strong. After doing the puja for Grahan Dosh, one should chant the Kunjika Stotram Regularly to get fully protected from the bad effects, especially during the Antar Dashas of the planet Rahu and Ketu, when the effects are more prominent.

Creates a positive aura around you

Sometimes and it can happen to so many people, that due to our environment or circumstances, we get surrounded by negative energy. Some people due to constant exposure absorb these energies into their body and that can cause unnecessary problems like getting mentally disturbed, getting tired often, negative thoughts creeping into the mind and so on.

The best way to protect oneself from these energies is by chanting the Siddha Kunjika Stotram. It really works like a miracle and you will find yourself getting surrounded by an positive aura that protects you from other energies.

Moreover, your normal energy levels get elevated and your thoughts, mind and actions start to rise to a higher vibrational frequency. Because of this, you will start attractive positive energy and positive people.

One of the biggest benefits of Siddha Kunjika Stotram is growth. For some people who have problems with choosing the right career, business, job, or workplace, it can really be a tuff time for them. Because choosing the right career is not a joke as one will spend at least 10 years of his life in that particular career and if he chooses the wrong one, it can cause a lot of wastage of time.

Similarly, choosing the right business is also very important because firstly, one has to invest a lot of money, give time and most importantly do his hard work on the business.

By chanting the Siddha Kunjika Stotram, one will find the right path in his life that is right for him. One gets the light and path that leads his soul to success and prosperity.

Another amazing benefit of Chanting Siddha Kunjika Stotram is that one will start to find himself unlocking the hidden talents that he never knew about.

This is something that I myself have experienced it and this is how the prayer invokes growth within you spiritually.

If you chant the Siddha Kunjika Stotram regularly, everyday for several weeks. Don’t worry about getting the mantra reach the Sidhaa stage within you. Just keep chanting.

You will reach a point in life where the mantra itself will call you to recite it. You will experience some kind of high dimensional phenomenon where some kind of energy, power, it will encourage you to practice more and more.

The best thing to do is to recite it everyday with full devotion, and I can assure that you will be immensely blessed by Goddess Chandi and Goddess Durga.

I hope you enjoyed reading this article and I hope that you will practice reading the Siddha Kunjika Stotram and recite it daily. Please share this amazing article with your friends and family and help them prosper in life and career.

Vastu: In Which Direction Should You Keep your Shoes and Slippers

Meaning of Seeing Mangoes in Dream

How to Read Saptamsha Chart (D7) in Vedic Astrology?

Vastu: In Which Direction Should You Keep your Shoes and Slippers 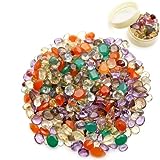 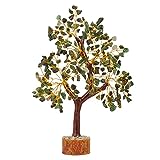